The use smartphones and mobile devices continues to increase. According to comScore’s mobile subscriber market share report in Q4 of 2011, Android gained 3.1 share points and Android handsets now represent 47% of the US smartphone market. iPhone also gained some points when they launched their iPhone 4S in the past. Today, iPhone covers 30% of the smartphone market. comScore also noted that almost 40% of the US mobile population carry smartphones and that means nearly 100 million people.

Enough with the figures, it’s more than obvious that people are accessing the Internet using smartphones and tablet PC’s. Ever noticed your Facebook feed? Your friends and contacts are uploading photos, updating their status, and checking-in at a restaurant using a mobile app. In the ’90′s, you’re definitely itching to establish your website on the Web because of the dot-com bubble. Today, we live in the age of “instant” where we all want content and information in a push of a button. And that button is located on your smartphone, your friends’ smartphone, and your potential customers’ smartphone.

So as an auto dealership, what do you need to do? Start creating a mobile website that looks presentable on any mobile device. It’s a bit difficult but the efforts won’t go in vain. You want to increase ROI and acquire leads? You have to put your website not only on people’s monitors but should appear on their smartphones as well. It’s not a fad, Gartner’s study showed that 2011 saw consumers using their smartphones and mobile devices to access the Internet more than PCs. It’s advisable to check out Google’s GoMo so you can acquaint yourself about mobile websites.

The next thing you need to think of is how you can optimize your mobile website. I know some of you are scratching their heads, how different is traditional SEO from mobile SEO? I’ll write that in a blog post sometime so you’ll be more enlightened. But for now, I think you should be thinking how to make your mobile website appear slick before it can be optimized. Besides, there’s no use in increasing your mobile traffic if your site looks good in an Android phone but looks off in an iPhone. 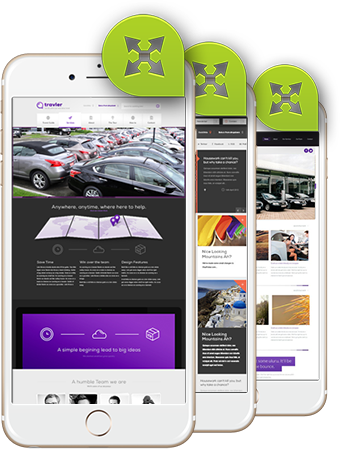