The National Automobile Dealers Association’s 63-member board of directors has elected Mark Scarpelli as chairman for 2017.

Scarpelli is president of Raymond Chevrolet and Raymond Kia in Antioch, Ill., and co-owner Ray Chevrolet and Ray Chrysler-Jeep-Dodge-Ram in Fox Lake, Ill. His dealerships employ more than 350 people, and have been in business for 56 years.

The new term officially begins at the 2017 NADA Convention and Expo in New Orleans in January.

Hell yes, when it comes to getting you more business, admittedly, we ARE aggressive. And you'd also have to admit, your local retail automotive market is ultra-competitive as well. So much so, you need every weapon, every advantage. We're it. [Read more…]

Trump Your Competition®
Proud Member of 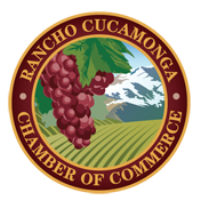